The Dolls Suite... one year on 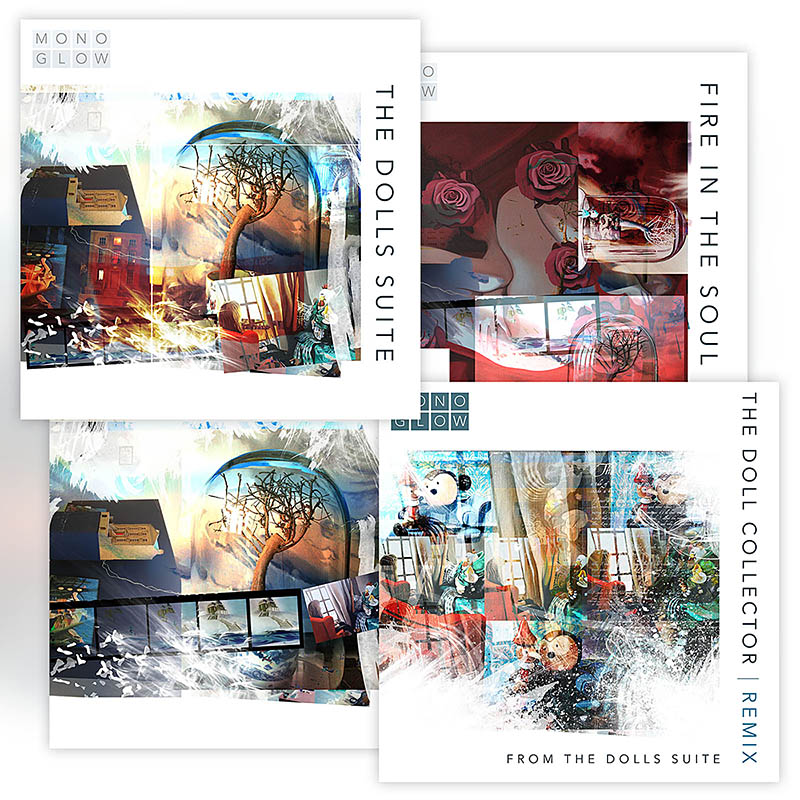 Where does the time go? Hard to believe it's been a full year since I released my first full album. It was a huge undertaking, and one that was a bit overwhelming at times. But the source material - which was based on Jackie Hudson-Lalor's solo exhibition "One Need Not Be A Chamber To Be Haunted" - was always a driving inspiration.

I started composing some of the initial ideas around mid-2014 after seeing photo’s of Jackie's early paintings which eventually formed the core of her exhibition.

In 2015, I continued writing what was to become most of the main pieces and recorded them in my home studio. Each composition was based on an individual painting of Jackie's. After some technical difficulties with ProTools I ended redoing most of the compositions in Ableton Live; which held up the finish date.

From a total of around 15 compositions, I then had the task of shortlisting this down to 8 tracks for the album.

When I started writing the music, one of the initial compositions that formed the template for album was "Tomorrow Is Another Tomorrow". Although this track was one of the first written, it was never released on the album and was only worked up as a rough idea. It did however help shape the writing style, instrumentation and the recording methods I used.

2 additional tracks were mixed following the album release and posted on SoundCloud:
Fire In The Soul
The Doll Collector remix

The album can be purchased here: